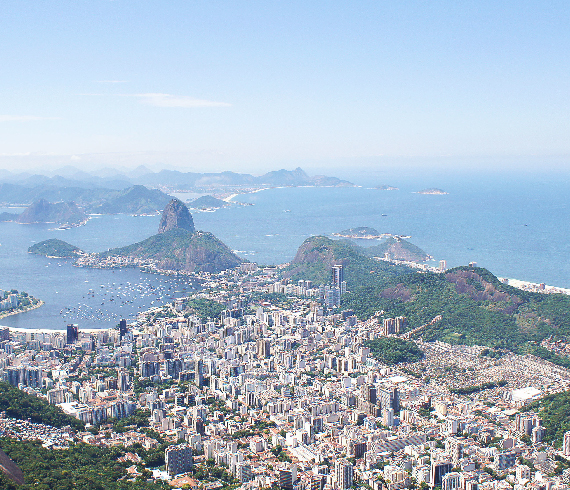 Different green groups are raising the awareness among public authorities on the need to invest in green infrastructure and water management in order to restore the degraded forests around the water sources.

In 2014, an unprecedented water crisis caused historically low water levels in the largest reservoir of the Cantareira system, which supplies water to São Paulo. A combination of climatic factors, an extremely dry summer and an increase in consumption over many years left thousands of people in the city without water. This event signalled a warning on how the large Brazilian cities were managing their water resources. Although twelve per cent of the planet’s fresh water is located in Brazil, the country faces problems in supplying its most populous regions, which also suffer from a lack of investment in basic sanitation – only forty per cent of sewage is treated in Brazil. “While there are regional differences, the metropolitan regions suffer from a combination of factors such as the degradation of water sources, the disorganised growth of cities – which has increased water consumption – and lack of investment over many years,” said Samuel Barrêto, a specialist in water resources and manager of The Nature Conservancy (TNC). In 2015 his NGO coordinated a movement to bring together both city councils and companies from the principal metropolitan regions of the country to deal with water risks. Today the Coalizão Cidades Pela Água involves six metropolitan regions (São Paulo, Rio de Janeiro, Vitória, Belo Horizonte, Brasilia and Curitiba) and multinational companies, such as Ambev, Coca Cola, Klabin and Unilever.

One of the group’s challenges is raising awareness among public authorities on the need to invest in green infrastructure – which involves restoring the degraded forests around the water sources. The Coalizão has already raised R$ 18 million, with the financial support of the companies, which will be used over the coming five years to restore forests alongside the rivers that supply the Cantareira and Alto Tietê systems in São Paulo, and the Guandu system in Rio de Janeiro. “The plan is to extend the restoration action to a further six metropolitan regions, to bring water security to more than sixty million people”, said Barrêto.

The metropolitan regions face a second major water management issue: significant losses occurring in the distribution network. According to the Instituto Trata Brasil, a non-profit organisation specialised in sanitation, Brazil loses thirty-seven per cent of its treated water. In some regions, such as the North, this level is as high as seventy per cent. Market opportunities are open for technology companies developing viable solutions. Optimale in Campo Grande is one example. Founded in 2009, by engineer and researcher Peter Cheung, the company offers remote sensing, data analysis and cloud computing to monitor losses in real time. In addition to measuring physical losses (the quantity of water leaking from pipework), the system enables financial losses, caused by fraud and clandestine connections, to be quantified. “For the sanitation companies, investing in this type of technology brings a better financial return than putting teams in the field”, said Cheung. The system is being used by the water utility company Águas Guariroba, in Campo Grande, which was able to reduce losses from fifty-six per cent in 2006 to less than twenty per cent today.

Northeast Brazil is dealing with a different challenge: coping with the scarcity of water in its semi-arid regions. Programa Água Doce is one project aimed at increasing access to potable water, implemented in partnership with the Federal Government and noteworthy for bringing two innovative technologies together: desalinating water by means of membranes using nanotechnology in a system powered by solar energy. “We are also studying the use of wind energy to expand the programme to other communities,” said José Mairton França,

Environmental and Water Resources Secretary for Rio Grande do Norte. A pilot project in a rural settlement of João Câmara is already benefiting more than 220 inhabitants, and the programme aims to roll out 120 desalination systems across Rio Grande do Norte by June 2017, an investment of R$ 20 million that will benefit 12,000 people.