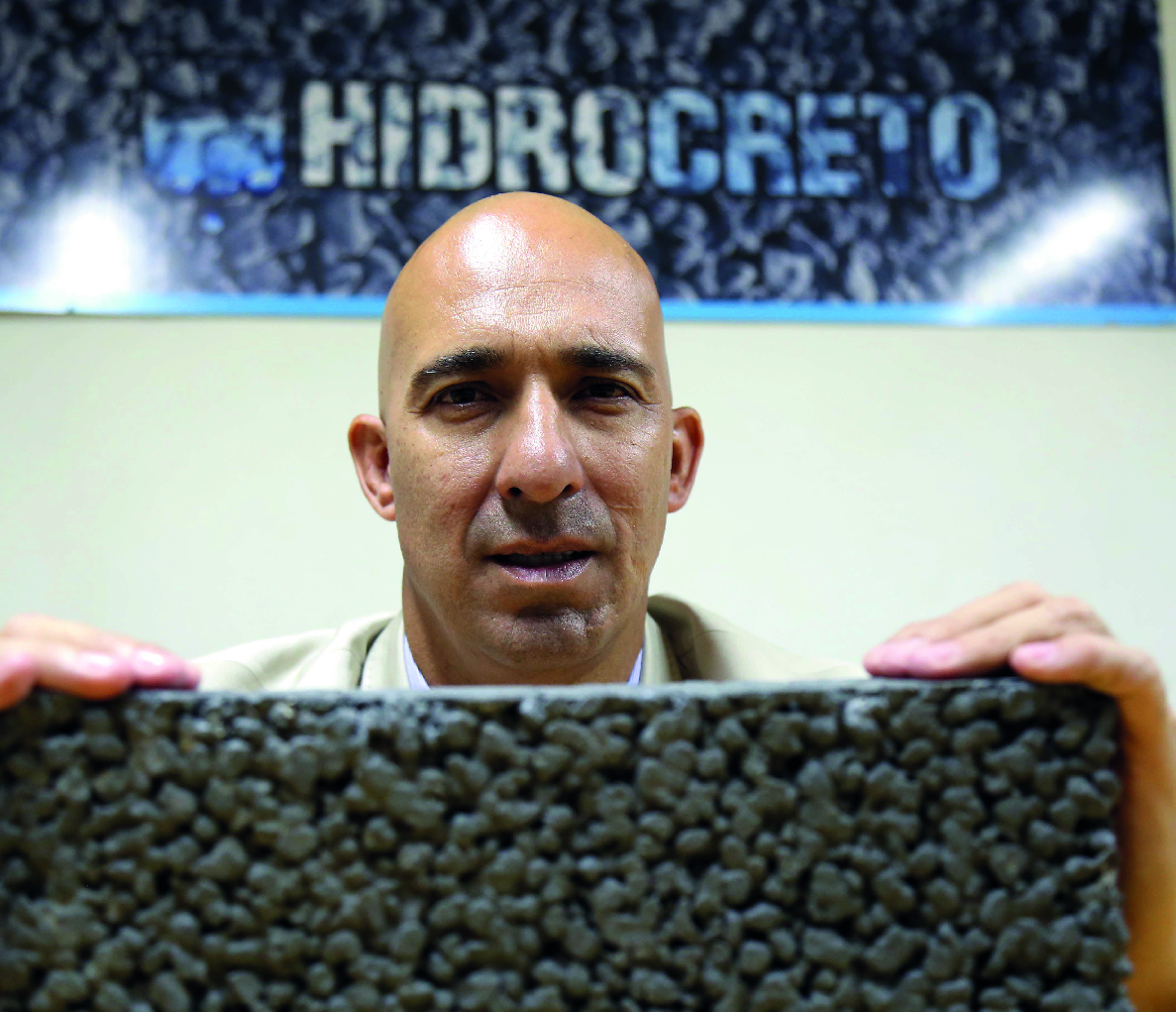 Since 1996, the company has produced an additive to make ecological concrete that allows rainwater recovery through porous pavement.

The 2,250 meters that mark Mexico City as one of the highest settlements in the country start to lose their significance when the Water System of Mexico City (Sacmex) reports that it is sinking, by on average 15 centimeters every year.

The cracks and potholes in the streets are becoming more visible. In the past five months Sacmex has identified 21 new holes, in addition to the 289 recorded since 2010. On top of this, Jehoshaphat Renato Molina Arias, Communications Secretary of the Chamber of Deputies, said that there are about 100 linear kilometers of cracks affecting 40 suburbs of the capital.

Although the problem is not recent, there is still a lack of preventative policies to address the collapse of Mexico City that, according to Sacmex, is due to overuse of aquifers (from which 72% of the drinking water is consumed). That is why in 1996, the Mexican engineer Jaime Grau created an additive to make concrete ecological, restore the aquifers and stop the burial of the city.

Hidrocreto, the name of his invention, facilitates the creation of environmentally-friendly pavement and allows the formation of a system for the recovery and use of rainwater through porous floors.

« Concrete is made of water, cement, gravel and sand. We replace the last component with our additive that allows them to bind. When the elements combine, there are holes that form and serve to filter the water », explains Alejandro Alvarez Gomez, commercial director of Hidrocreto, who has been around since the start of the project.

Generating a system that enables water filtration was not enough, and the company’s engineers knew it. So they built a polyethylene structure allowing the water that is recovered to travel to a refuse system, whether it be a water tank, cistern or any similar vessel.

In addition to this, Hidrocreto also solves the issues of both potholes and flooding which, according to a Sacmex report delivered to the Legislative Assembly, threaten 44 of the suburbs in the capital.

« The holes that are created in the concrete prevent the water from remaining stagnant on the surface », says Alejandro Alvarez, who adds that forecasts for 2016 indicating heavy rainfall up to 20% above normal levels, are a major concern for citizens.

Although the additive created by Jaime Grau was launched a decade ago, it was not until 2010 that the product started to take off. « At first I just did the garages of our friends and some sidewalks », the commercial director noted. After three years of testing and certification, the then Federal District Government included it as one of the products authorized for construction in the city.

This official recognition has helped the company become present across Mexico. More than 1,500 finished products bear Hidrocreto’s mark, including the National Autonomous University of Mexico (UNAM) and the National Polytechnic Institute (IPN). « Secondary roadways, parking lots, walkways, sidewalks, bike paths, running tracks, storage depots, sports fields, parks, piers, breakwaters and reefs are all among our creations, » Alvarez Gomez says. Hidrocreto won first place in the Cleantech Challenge 2012, a competition organized to foster green businesses with similar objectives. The award, explains the director, allowed us to distribute the product in an interesting way. We were able to work with the US government&quot;. Countries like Colombia, Cuba, Spain, France, Germany, Guatemala, Costa Rica, Panama, Brazil and Argentina also use the Mexican additive.

After many years of hard work, the rewards have come and company numbers reflect this. In the last five years they have grown between 12 and 17 percent. No wonder Alvarez Gomez expects to close 2016 with sales of over $17 million, 11% higher than the previous year.