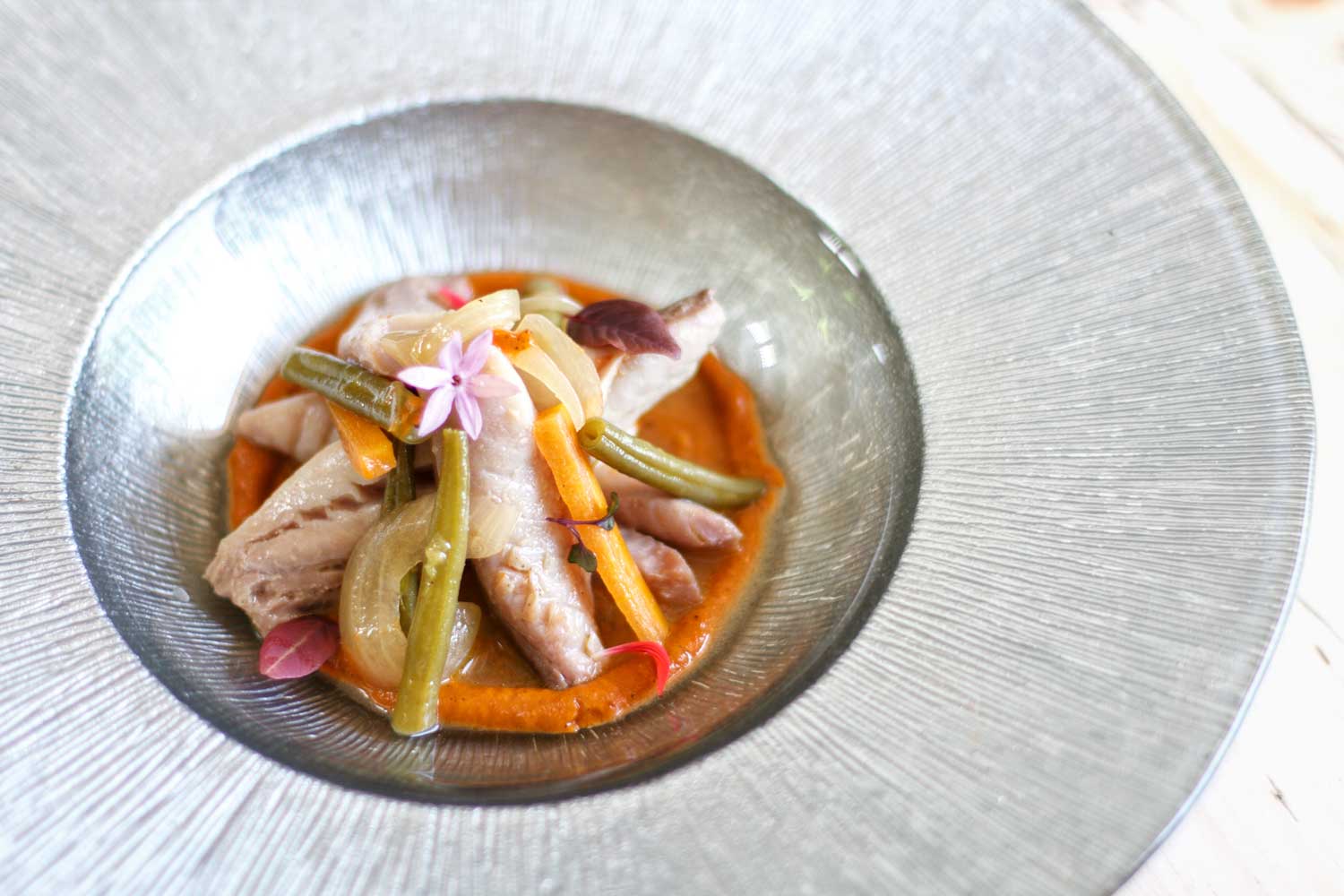 The Pleasure and Virtues of Eating Local Foods

Cocina kilómetro 0 revamps forgotten ingredients and reduces the consumption of fossil fuels by highlighting the role of locally sourced food.

If you’ve ever had the pleasure of eating a tomato plucked fresh from the vine, you’ll understand one of the main differences between food that’s in or out of season: the taste.  This is undoubtedly one of the reasons that inspired Carlo Petrini to establish the Slow Food movement in the Italian city of Bra in 1986, but it wasn’t the only one.

Taste is clearly an essential components of gastronomy. However, for members of this movement, reducing their foodie carbon footprint comes a close second. By opting for locally sourced foods from less than 100 kilometres away, slow foodies support producers (who in recent years have become somewhat neglected) through buying directly from them, respecting their prices and never bartering. Slow Food currently boasts over 100,000 members across more than 160 countries. The Slow Food movement turns the spotlight back onto foods that people had all but forgotten—such as the Sevillian morá carrot, canetera oil from Valencia or semi preserved anchovies from the Bay of Biscay.

There’s no doubt that the term “organic” has gained some serious popularity in recent years.  Restaurant menus and supermarket aisles are filled with dishes and products labelled as “organic,” all generally sold at a higher price. The use of the term has become somewhat of a marketing strategy but, as  Gonzalo Riviere, owner and manager of the Catalan restaurant Els Garrofers, noted, “We have to be careful, because although chemicals may not be used, if a tomato is imported from Sierra Leone, the consumption of fossil fuels means that it isn’t exactly eco-friendly. The Slow Food movement transcends this.”

Els Garrofers is one of the 65 Km0 restaurants in Catalonia. To hold this title, restaurants must offer at least five Km0 dishes throughout the year. This means that 40 percent of ingredients, including the main component, should be sourced from within a 100km radius and purchased directly from the producer. The remaining 60 percent must belong to one of Slow Food’s projects, such as Arca del Gusto or Baluarte, and no dish can contain GMO foods—even fish or meat fed on GMOs are forbidden. Arca del Gusto and Baluarte are both online platforms aiming to educate the public and catalogue food types that have been identified as slowly disappearing from our plates.

For restaurants adhering to all these rules menus vary throughout the year. “Our menu changes every three months, always taking into account the ingredients that will be available from producers. However, no one one can assure that an ingredient will be available during this time, meaning that we often don’t end the season with the same menu with which we started,” said Alberto Cavils, head chef of Case Elena restaurant in Toledo. “Working with seasonal produce isn’t complicated but it requires great effort and commitment.  You have to be constantly learning and discovering new foods,” explained Cavils. Sourcing and preparing Km0 produce doesn’t inflate costs, this is reflected in the prices at Casa Elena or Els Garrofers where dinner for two comes to 70 euros (US$ 84).

But the Slow Food movement is creeping out of the kitchen. Ever since Gonzalo Riviere opened the doors of Els Garrofers in 2013, his mission has been to ensure that the benefits of this type of gastronomy are widely known. “Our work is also to make the Slow Food community aware of Alella, the Catalan town where the restaurant is located. For this, we developed cookery courses and carry out presentations alongside the council to raise awareness for our work and the importance of the small producers in the area,” he said.

What’s certain is that this movement, whether sparked by popularity or persuasion, continues to gain momentum in society. But Rivere remains cautious, as organic food becomes the new trend he fears that people may jump on board the bandwagon without a true commitment to the Slow Food cause. Whilst for he and his fellow members the move towards local food was natural, for others it may just provide the perfect brunch snap for instagram.

The Slow Food movement has quickly made its way into the gastronomic world, and for those committed their reasoning is simple, “We do it because we believe it’s the only way,” Rivere said.