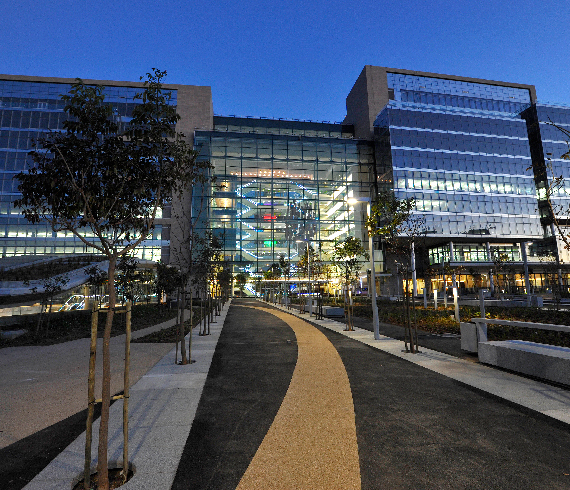 Business in Johannesburg are switching to green buildings to help combat the negative effects of the city’s rapid growth.

Most of SA’s electricity is generated from coal, so buildings need to become more energy efficient and use alternative resources. Although potable water is precious, many buildings use it in air- conditioners. GBCSA encourages using recycled water or more efficient methods of cooling and heat exchange.

Standard Bank of SA, one of the country’s “big four” banks, moved into an 11-storey green building in Rosebank, north of Johannesburg’s CBD, three years ago.

The building is fronted by a public open space the size of a rugby field, where 422 indigenous trees were planted.

One of the most significant lessons learnt was the importance of commissioning and maintenance to realise the full benefit of the installed energy efficient technologies. These technologies included thermal efficiency through glazing and other construction materials, a central air-conditioning plant which delivers cooling and heating through the floors rather than diffusers in the ceiling and a one- megawatt trigeneration plant.

Manzana said Standard Bank was designing and commissioning another ten green buildings, both new and refurbishments. It was also replacing ageing technology in other buildings with more energy-efficient equipment, for example escalators and air-conditioning.

In addition to structural changes, the GBCSA ratings encourage companies to locate close to public transport, although the country has a long way to go in providing integrated public transport networks.

Special projects require special management, GBCSA CTO Manfred Braune explained. A building that was designed to be green must be managed properly to perform the way it is designed.

A smaller organisation that has put effort into rehabilitating an old building to make it “green” is the World Wildlife Fund for Nature South Africa, (WWF-SA) which moved into new offices in Braamfontein, close to Johannesburg CBD, last year.

Operating costs were significantly lower than for a conventional building, particularly for power and water.

However, Stephen Wetmore, who leads Sustainable Business and Partnerships at WWF SA, said two practical lessons were learnt. The first was that changing staff attitudes about commuting takes time. The plan was to capitalise on the close proximity to great public transport by providing minimal car parking in the building with bicycles and pool cars instead of staff using their own cars. But WWF-SA found it had to lease bays for staff in a nearby parking garage.

“Secondly, our aim of reducing impacts on municipal infrastructure through installing an alternative sewage system in the basement was initially thwarted, as there were not enough people in the building for the natural processes of a bio-digester to function efficiently,” Wetmore said.

“This has since improved as more people move in and with further tweaks to the system,” and in all other respects the building was satisfactory, he said.

Wetmore said if South Africa focussed on creating sustainable new buildings, it would take 100 years to change the built environment, so it had to convert existing buildings to green designs.