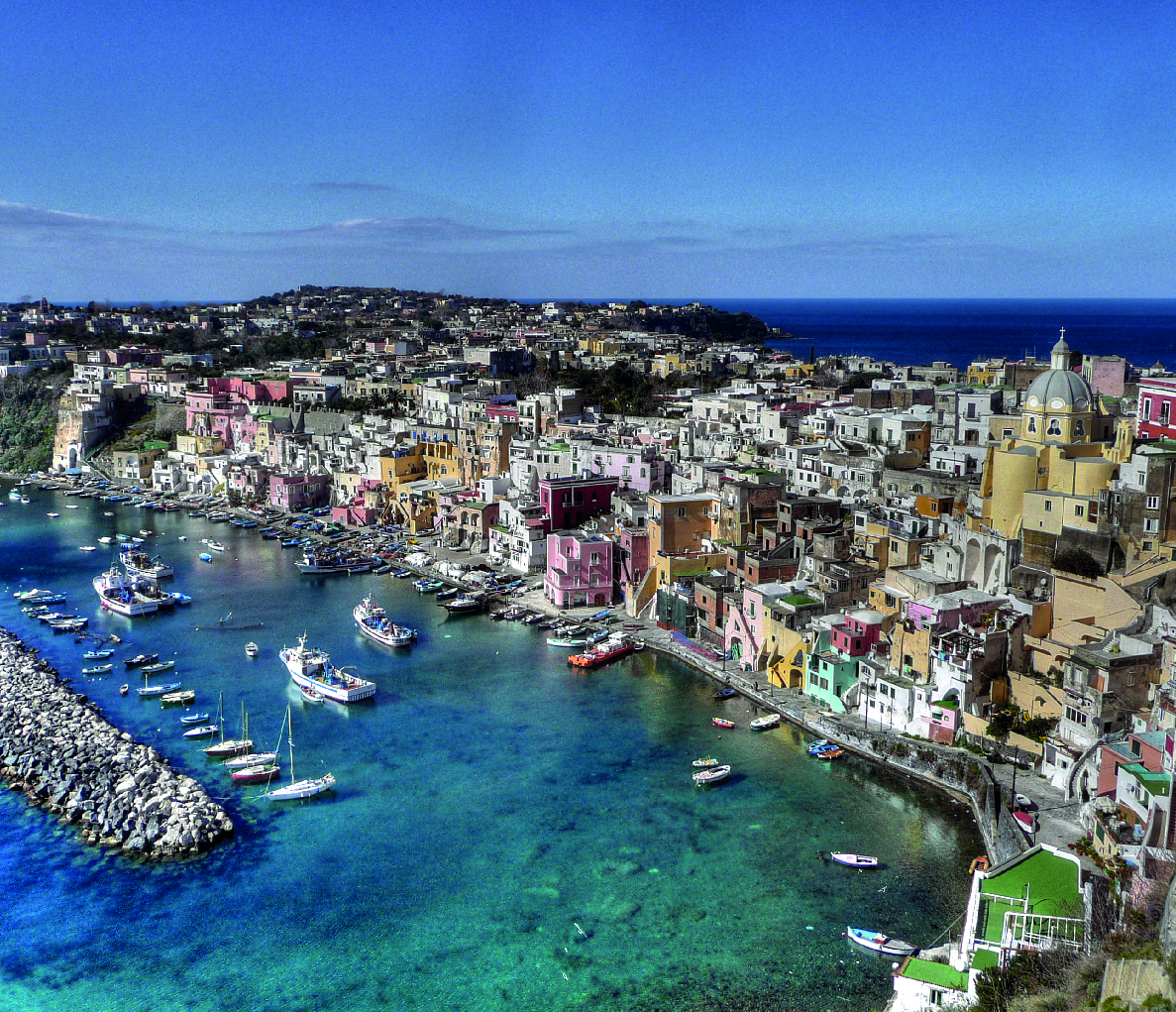 Sun, sea and wind : beautiful to experience, but also useful for generating emission-free energy, if used intelligently. The Italian islands have plenty of these raw materials. Geothermal energy could even be counted among the classic renewable sources, thanks to the islands’ volcanoes. In addition, the southern islands enjoy a mild climate, much more forgiving from an energy point-of- view. The energy required to heat these southern islands is much lower in winter than that needed in the northern islands, which are also nearly self-sufficient thanks to wind turbines and biomass power plants.

On the southern Italian islands, there is a stronger focus on energy captured from the sun and the sea. Pantelleria, the largest of the Sicilian satellite islands, has begun harnessing the power of waves with a device designed by Wave for Energy (W4E), a spin-off of the Polytechnic University of Turin. ISWEC, a 200 kilowatt floating unit, produces 150 megawatt-hours per year and powers a desalination plant, which produces fresh water, a scarce and precious resource for the island. Fifteen metres long, eight metres wide and five metres high, four of which are under water, the device has the same visual impact as a boat moored offshore. Energy is produced using two gyroscopic converter modules, comprised of two 10-tonne metal flywheels that move thanks to the power of the waves. The next project is to install a second, similar machine that would meet the energy needs of 200 families. In addition to the Polytechnic University devices, the Smart Pantelleria Island project plans for the implementation of photovoltaic systems, solar thermal systems for the production of hot water, mini wind turbines and energy storage systems. The project will be launched this summer by the energy company Terna, together with the Municipality of Pantelleria – with the aim of stepping up the production of energy from renewable sources on the island to 30%.

The island of Elba is also focusing on wave energy. It’s here that the first commercial machine produced by 40SouthEnergy was installed. Founded by the Italian Michele Grassi, this innovative company, which has offices in both London and Pisa, has received support in different phases from the Italian multinational renewable-energy corporation, Enel Green Power. Grassi’s company is the only one to test out devices that, rather than capturing energy on the surface, intercept energy from the depths. The smallest of his machines, the 50 kilowatt H24, consists of a stationary guiding part that rests on the sea floor and another part mounded upon it, which moves back and forth with the waves or tides. The reason for seeking energy where there is little is clear: the water’s surface may have more energy, but floating devices are often destroyed by storms, while those deployed on the seafloor are much more resistant. With an energy cost that is already competitive with the electricity network, wave energy could prove to be the trump card for small Italian islands.

On Favignana, the largest of the Egadi Islands, the plan is to encourage the widespread use of photovoltaics, and develop sustainable mobility, smart grids and LED lighting. As a first step, La Sea, the electric company in Egadi – together with its Abb project partners, Gewiss and Mercedes- Benz – wants to cover the roof of the island’s new power centre with solar panels. This installation will enable them to produce about 700 megawatt hours a year of electrical energy and will feed into the new charging stations for electric vehicles. Favignana in particular has over 300 electric bicycles, thanks to a city council incentive. The mid-term goal is to meet the entire demand for electricity using solar energy, gradually replacing diesel fuel; which is currently the main source of energy for the island’s inhabitants. According to a study by La Sea, the total surface area of the roofs in Favignana is around 320,000 square metres. Theoretically, that means an installed power of around 11 megawatts: enough power to ensure annual production capable of covering the entire island’s needs, even in high season. The completion of the entire programme, including photovoltaic systems, storage tanks and smart grids, will involve a total investment of about 25 million euros.

On Ventotene, one of the Ponza islands, Enel has installed 300 kilowatts of lithium batteries. This electrochemical storage solution has enabled a reduction in fuel consumption of 20% per year and has opened the way for the installation of additional photovoltaic systems, without causing network imbalances. The goal is to replicate this model on other, smaller, islands, particularly Capraia and the Aeolian islands.