back to the partners 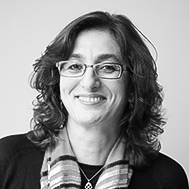 The planet is suffocating, glaciers are melting, droughts, earthquakes and landslides are becoming more and more frequent… it sounds like a Hollywood disaster film scenario. Yet this fiction is becoming a reality for the planet. Today, alongside war and terrorism, global warming is perhaps the biggest threat for humanity, according to experts. The impact of our climate spiralling out of control is hitting the poorest countries the hardest; they are the biggest victims owing to their lack of financial and technical resources. In Morocco we are also being hit, we are feeling the effects of the very high price tag that comes with climate change. We have to confront the issue head-on. Everyone has to learn to change the way they behave. Ever since it was founded, L’Economiste has made this one of its cornerstones. It’s by explaining these concepts over and over that they end up being understood and taken on board. It’s through information that we make progress. That’s why we accepted the invitation to take part in this new adventure, Solutions&Co, without hesitation. To show what Morocco is capable of doing in this domain, to share solutions, draw lessons from them, and take inspiration from ideas that could also be replicated in our part of the world.

Join us !
Are you an economic publication interested in joining the Solutions&Co partnership in order to benefit from this unique international editorial experience, dedicated to climate change? Participation is free and you will retain full editorial independence. Fill out this form and we will get back to you shortly!
Join us !
Contact
Let's do something together !
Contact us
Newsletter
Get the latest news and updates!
Follow us