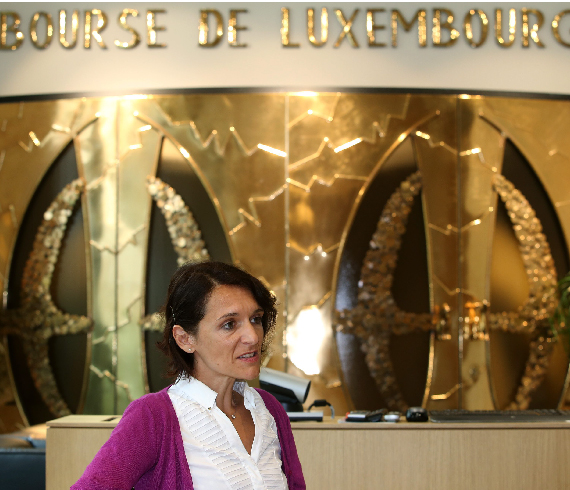 Most of the world’s environmentally friendly bonds are listed on the Luxembourg Stock Exchange.

Read more on the Lëtzebuerger Journal (in German).

Most of the world’s environmentally friendly bonds are listed on the Luxembourg Stock Exchange.

Large scale green projects – from geothermal energy to wind power or environmentally responsible waste disposal – are often cost-intensive and can struggle to attract high level investment. However, for some years now there has been one particularly favorable location for the international financial community when it comes to such projects – the Luxembourg Stock Exchange (LuxSE), which has become a leader in the area of green bonds.

Chiara Caprioli, a Business Development Manager at the Luxembourg Stock Exchange, isn’t surprised. “We are among the pioneers in this field, the first bond was issued here as early as 2007,” she commented. This was actually the very first green bond ever issued in the world. It was issued by the European Investment Bank (EIB), which supports and promotes projects that reflect European ideals and aim to help the environment.

Development in this area began hesitantly due to the 2008 financial crisis, but in 2014 the number of green bonds underwent a dramatic increase. Among issuers were the World Bank, the KfW, the Canadian province of Ontario, the Asian Development Bank and Gruppo Hera, from Italy. Around 26 companies have chosen to step onto the green platform at the Luxemburg Stock Exchange, which corresponds to a value of around forty-five billion dollars, with 110 bonds.

“We are also a world leader when it comes to the number of listings and amounts,” Caprioli emphasises. “At the moment the market share of ‘green bonds’ makes up one per cent of the total market. It is therefore probable that the market will grow further, driven both by political goals and the convictions of the investors”, Caprioli believes. “Through increased and more progressive diversification, we are expecting more competition to develop between the different financial centres. Currently everyone wants to attract issuers from China and India because of the high yield bonds that have followed since their entry into the market in 2015, through the Agricultural Bank of China, the Axis Bank and the Yes Bank, to name just a few.”

According to the Stock Exchange, the most important features that attract issuers are transparency, accountability, easy comparability, and advocacy of the highest possible standards.

Those who want to list their green bond in Luxemburg have to disclose a good deal of information. “Through this process we hope to avoid so-called greenwashing”, Caprioli underlines. The goal of the Stock Exchange is not to judge the projects, but rather to protect investors. “We give our employees training so that they feel able to question issuers intensively”, she tells us.

Behind the rapid development of these green bonds lie political developments such as the 2015 Paris Climate Conference (COP21). “To be able to realise such political goals, we will need both public and private finance. The banks cannot make enough capital available because their hands are tied, for example by the Basel II regulations. Stock exchanges can play an important role in providing the means for financing climate change goals”, Caprioli explains.

In China there are already public initiatives for the financing of green bonds. Together with India, it is pushing intensely for environmental bonds. In July 2016, the first environmental bond from a Chinese bank was issued at the LuxSE. In any case, the world leader in green bonds is very well positioned internationally, as evidenced by the 20 different currencies in which the

LuxSE bonds have been issued. “So we are also leaders worldwide”, Caprioli comments.

Society benefits from the trend in green bonds, as do the issuers who create a positive reputation for themselves. “While these bonds aim to achieve results comparable with other bonds, they often attain results that are fifteen to sixty base points higher”, the Stock Exchange official observed. Signs for further growth are clearly green.