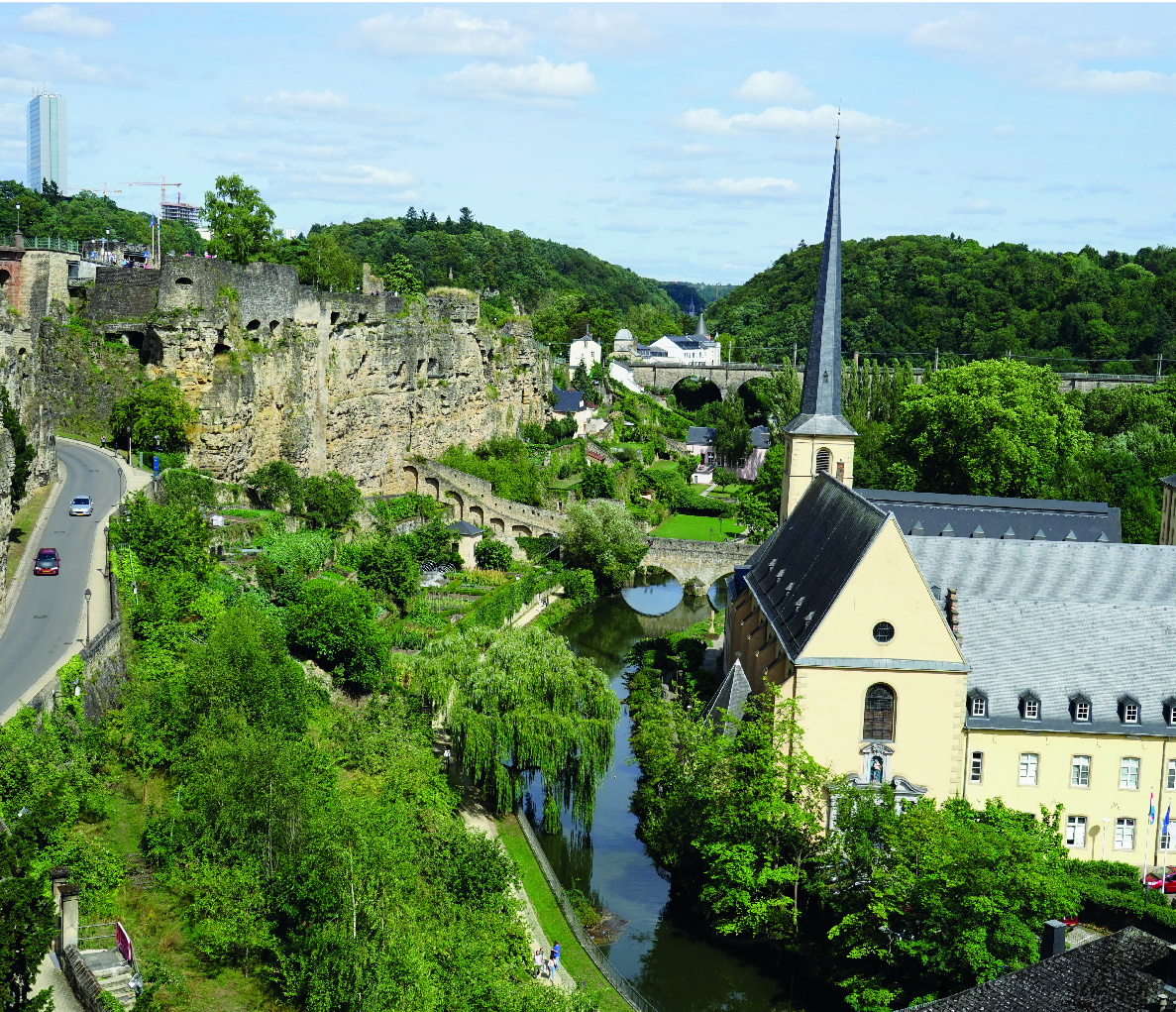 How the City of Luxembourg manages its extensive wooded areas through a high-tech management system named Geoval.

Roland Kirch’s computer screen fills with circles. Large circles, small circles, each of a different colour and each one containing a number. Welcome to the tree registry of Luxembourg City. With its 111,000 inhabitants, the capital of the Grand Duchy is currently home to some 20,000 trees and Kirch, who is in charge of tree management at the city’s Parks Department, is personally acquainted with many of them.

Luxembourg City, an area of about 12,000 acres boasts some 2,400 acres of forest; a proportion that is unique in Europe. Roland Kirch’s teams are always busy taking care of the city’s trees, especially those lining streets and playgrounds, and growing in parks and other places frequented by pedestrians. “The city government always takes the blame whenever anything happens,” he emphasises. The certified tree inspector knows how difficult it can be to determine whether a tree is diseased or not. “Carbon cushion disease, for example, cannot always be recognised from the outside,” the expert explains. “This fungus destroys the tree from within and can weaken it so severely that it can fall over without warning.” Often, probing with sounding rods and striking the tree with a hammer are not enough to determine exactly how well a tree is doing. In such cases sonic tomography devices are deployed.

The inspectors in charge of the city’s twenty-three tree care districts must record all their observations in databases. As a rule, they work on tablet computers, using a checklist designed by the German Landscape Research, Development and Construction Society (FLL). Even photographs and other means of recording data can be input into the system, there are dozens of different input modes. “However,” says Kirch, “we try not to make the registry too complicated.”

The software used by the tree registry was developed by geoVAL Informations systeme GmbH, located in Bremen, Germany. Specialists in geographical information systems, the geoVAL team has a long history with the city of Hamburg, where several hundred thousand trees within the city limits have been registered. But Luxembourg’s city government, which has operated a tree database since the 1990s, decided on a more accurate system, which it has been developing with geoVAL since 2012. From his desk, Roland Kirch can monitor the condition of all of the trees within Luxembourg City and can even decide whether to request that a tree be felled, though any decision to cut down a tree must be certified by the nature and forest authorities. “However, sometimes action must be taken urgently,” says Kirch, “there’s no time to wait for paperwork when a tree is about to keel over.” In such cases the tree is removed after consulting with forest wardens.

Kirch doesn’t only issue felling orders, assign work teams or schedule inspections from his office. He also plans the planting of saplings. “On average we cut down some 200 trees every year. Most of the lumber winds up on the wood chip beds within the city,” Kirch explains, “and usually an equal number of trees are planted.” However, over the next few months several hundred more trees will be planted, since Luxembourg City is growing and new neighbourhoods are naturally designed with avenues and parks. More work for Roland Kirch and his team, but an important job since the planting of trees provides a neighbourhood with structure and greatly adds to the quality of life therein. Luxembourg City’s experience in this field combined with its successful adoption of geoVAL’s technology can serve as a model to other cities conscious of the health and well-being benefits of better urban tree management. It is a task that demands a long-term perspective, after all, trees often live for centuries.