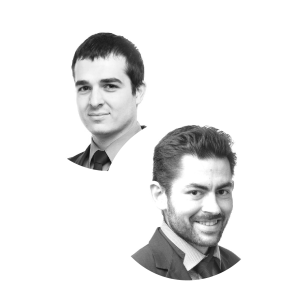 We must scale-up the decarbonisation of energy

The recent debate about fuel prices in France has been covered by the news media around the globe. While the French fuel price is not the highest in Europe, the debate focused on energy power purchase — without necessarily establishing a link between our energy consumption and how it affects climate and the environment.

Yet energy consumption is one of the major contributors to climate change. Climate change is mainly the result of greenhouse gas (GHG) emissions produced by human activities. Of these different gases, the most relevant one is carbon dioxide (CO2) — a gas that comes mainly from the combustion of fossil energy. When we burn oil or natural gas (in a car engine, in a thermal energy central that produces electricity, or in an oil or gas boiler), we are releasing, among other things, CO2 molecules. These concentrate in the atmosphere and participate in the greenhouse effect.

This is not neutral issue. In 2017, more than 85 percent of the global energy mix was fossil fuels, according to the International Energy Agency ­— with a 35 percent share of oil, followed by coal (28 percent) and natural gas (24 percent). Daily energy consumption is thus the main contribution to climate change, followed by other factors such as deforestation or soil use changes.

If we want to fight climate change efficiently, we must scale-up the mobilization for the decarbonisation of energy. This involves changing our lifestyles because we directly use energy, everywhere and all the time — when we heat our homes, when we move, when we charge our phones or our computers. We also consume it indirectly — as fuel for the tractors that help grow our food, as energy for the factories that manufacture our clothes, our furniture, our buildings, our objects, or even as energy for transportation that helps move raw materials or goods from one side of the planet to the other.

On the one hand, the fight against climate change is an important one — it is, among other things, an essential condition for life on Earth. On the other hand, climate and biodiversity are intrinsically linked, as climate variations alter biodiversity and can have a negative impact on the interactions between animals, plants and microorganisms, and the environment in which they evolve. Living organisms and species diversity, in turn, regulate climate on both local and global levels. A 2018 study from the NGO WWF underlines that, if no efforts are made to reduce GHG emissions, nearly 50 percent of the species currently living in the most biodiverse regions of the world would be threatened with extinction by 2080 — a danger directly linked to energy production and consumption. The endangered species risk of extinction would decrease to 25 percent if the Paris agreement goal of keeping global warming below 2°C compared to pre-industrial levels was achieved. But the current trajectory is leading us towards a 3.2°C warming, making it urgent for adaptation measures to be put in place. Above all, we must transform our production models and stop consuming fossil fuels.

If the ambitions of limiting the global warming to 2°C by 2100 are real, the Paris agreement seems to be a goal difficult to achieve for all the signatory states. The Intergovernmental Panel on Climate Change (IPCC) stated in its last special report that it is still possible to limit global warming to 1.5°C, which is vital for most of the living. But this can only be achieved through strong, immediate and combined action, from both the private sector and the communities, to decidedly turn around our production and consumption of energy.

Limiting warming to 1.5°C represents an opportunity for economic prosperity and employment in both developed and developing countries, with many benefits, including controlling risks linked to supply, natural resources and protection against natural disasters. It is also an opportunity to reduce some negative costs or externalities, and to participate in the emergence of responsible consumption patterns. Such an economic model transformation is imperative and must be conducted globally, in order to counter the erosion of biodiversity, climate change and help implement the Sustainable Development Goals. We can no longer think (and act) in favour of climate on one side, of biodiversity on another and of ending poverty on another!

Shifting towards a resilient economy can no longer be delayed. Let’s accelerate – fast – the movement!