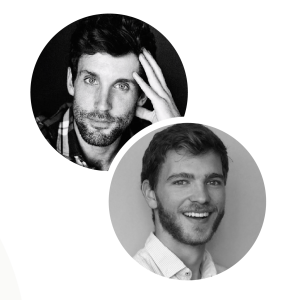 By 2050, there will be 10 billion people on the planet. Given the growing scarcity of natural resources like fresh water, oil or copper, one could ask: How will businesses survive, or how will humans survive? The good news is; we already have solutions.

Our current economic model is linear. We extract raw materials, transform, sell, use and throw them away. Since 1950, more than six billion tonnes of plastics have ended up either in nature, burnt or in landfills. The Ellen MacArthur Foundation estimates the value of this waste material is roughly USD 100 billions, which equals Google’s annual turnover. Plus, the
material we extract is finite. Every day, we consume in fossil fuels the equivalent of 2,600 years of accumulation of oil.

What if there was another model that could give humanity hope? Let’s look at nature: for millions of years, it has worked and survived without generating waste — one element’s waste is another one’s resource. This is precisely the ambition of circular economy, an approach already being used to build sustainable and impactful businesses.

Worldwide, we recycle less than nine percent of soft packaging, such as chips bags. But mechanical engineer Karam Hirji and his father Iqbal found a way to upcycle the material, after conducting research for two years in their own kitchen, in South Africa. They mix multilayer packaging with sawdust to turn it into an affordable, fireproof and recyclable construction material to build schools, hospitals and housing. Manufactured at scale, its cost could be cheaper than current construction alternatives, and could benefit one billion people
who currently live in slums worldwide. Their startup’s name, RWPA Solutions, stands for rural waste and poverty alleviation.

Could we get rid of plastic altogether? Tipa, an Israeli startup, has created a flexible packaging material with the technical properties of conventional plastic, but 100 percent compostable. If it ends up in nature, it will take less than a year to biodegrade, leaving no trace of microplastics in soils. Considering that flexible packaging is the second largest packaging segment worldwide —a USD 98 billions industry—, and that more than 95 percent of it ends up in landfills, in the sea or incinerated, such a solution could disrupt an
entire industry.

Alternatives to plastic can also be found in the ocean. Algopack, a French company, is turning seaweed into furniture, without using oil, pesticides or fertilizers. During their growing process, seaweeds absorb CO2, turn it into sugar and reject O2, which nourishes plankton. Algopack partly uses sargassum, a type of seaweed that is currently invading our oceans.

If startups are driving change, multinational companies and governments have also identified circular economy as a key tool for sustainable growth. With a billion-dollar annual turnover, Interface has adopted circular economy as its business model’s core since the early 1990’s. In 30 years, they have saved USD 450 millions while reducing drastically their water consumption and CO2 emissions.

Looking at governments, China was one of the first countries to legislate in 2016 on circular economy. Today, the world’s second largest economy has made circular economy one of its priorities. The country is at the forefront of the so-called “industrial symbiosis” — industrial ecosystems where one’s waste or by-products become the other’s raw materials. Suzhou eco-park, near Shanghai, is on its way to reduce its annual CO2 emissions and solid waste by 30,000 tonnes and 10,000 tonnes respectively.

Some developing countries like Rwanda are also taking the lead on circular economy. In just a few years, the “land of a thousand hills” became Africa’s cleanest country and an environmental leader. President Paul Kagame’s administration applied strong measures to protect natural resources aiming to develop the tourism industry and protect people’s health and food. Rwanda was one of the world’s first countries to ban plastic bags, in 2008 — eight years before France. Its success lies in the exemplarity of its environmental policies, such as environmental education for young students and economical support of viable ecological businesses.

Citizens are also starting to mobilise against plastic waste. Last September 15th, over 15 million people worldwide volunteered to clean their cities during the World Cleanup Day. People are shifting from being consumers to “consum-actors”, more aware and responsible of their actions. They are driving change and pushing companies to constantly improve in the field of sustainability. In Europe for instance, bulk sales are booming in supermarkets, reducing polluting single-use packaging. The Netherlands has even created this year its first plastic-free supermarket: Ekoplaza.

With the growing scarcity of natural resources and the exponential accumulation of waste, our current linear model is panting. Circular economy offers a sustainable alternative, viable in the long-term for businesses, people and the planet. One of today’s main challenges is to scale-up these circular innovations growing worldwide, and to do so quickly. Let’s keep in mind that sharing knowledge and education are key springboards to seize this momentum.

“As for the future,” Antoine de Saint-Exupéry wrote, “your task is not to foresee it, but to enable it.”