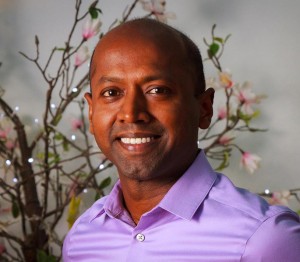 Innovation and leadership scholar, author of Conscious Society: Reinventing How We Consume, Work, Relate, and Live (2019)

Business As Nature: A conscious leap towards sustainability

When renown Harvard biologist E.O. Wilson told the legendary marine biologist Sylvia Earle, a passionate advocate of ocean protection, that he was worried that we humans were “letting Nature slip through our fingers,” Earle replied to him that her biggest concern was that “Nature may let the human race slip through her fingers.” Indeed, Earle fears that at the rate at which we are depleting natural resources and polluting our atmosphere and oceans, by the end of this century, the Earth may no longer be hospitable for the human species.

How do we stop the sixth mass extinction? The Paris Agreement, which aims to rein in global warming, is a good start. But political will alone wouldn’t move the needle. The private sector, which accounts for 60% of global GDP and is the main cause of global warming (a mere 100 companies cause 71% of global emissions), must take the lead in dealing with climate change and enabling sustainable development.

Yet, to be effective in this leadership role, businesses need a radical shift in their consciousness—from “Business Vs. Nature” to “Business As Nature”—so they can learn to engage with Nature in a symbiotic way.

Since the industrial revolution up to the dawn of this century, businesses have maintained an exploitative relationship with Nature, which they viewed as a wild thing that needs to be conquered and its natural resources exploited to power unbridled economic growth. Today, businesses are confronted with the rapid depletion of natural resources (soil, water) that threaten their economic viability. They also face pressure from governments as well as eco-conscious consumers to curb their emissions and reduce their waste—which are causing the global air pollution crisis and destroying both biodiversity and our oceans.

As they become aware of their interdependence with Nature, firms are adopting a “Business With Nature” mindset—striving to protect and preserve the environment because it’s in their own interest to do so. More and more firms are switching to renewable energy, using scarce resources more efficiently and recycling waste through their value chains. This “do no harm (to environment)” posture, however noble, is still firmly anchored in the dualistic belief that companies are distinct from Nature.

Sadly, we are running out of time. This year, Earth Overshoot Day—the point in the year when our natural resources consumption exceeds the planet’s ability to regenerate—was on August 1st, earlier than ever. Last May, the atmospheric CO2 levels topped 410ppm, the highest in human history, which could have devastating effects on human health.

So how can businesses reconnect with Nature at an existential level? By learning to think, feel, and act like Nature does. The Earth is 4.5 billion years old. Commercial corporations have existed only for past 400 years. Hence, Nature is 10 million times older and wiser than businesses and can teach companies a thing or two on how to function in a more sustainable way. Rather than hire expensive management consultants, CEOs need to humbly approach Nature as their “guru” (teacher) and learn to run their business as Nature would do.

Once corporations embody this ecological consciousness they will gain an integral perspective—as they realize business and Nature are essentially One—and will operate like “Business As Nature” (BAN). A BAN is a company that functions with a business mind, a social heart, and an ecological soul.

What is the modus operandi of a BAN? In her brilliant TED talk “How trees talk to each other”, Suzanne Simard, a professor of forest ecology at University of British Columbia, shows that Nature is generous and cooperative—two qualities you don’t associate with the self-centered and cut-throat business world. In a forest, trees generously share nutrients and information with other trees through a network of soil fungi. What if we redesigned businesses to operate benevolently like a forest?

Excitingly, this is already happening. Interface, the world’s largest modular carpet manufacturer, is building in Australia a “Factory as a Forest”. This new plant will provide freely to its surroundings many ecosystem services—such as clean air and water, carbon sequestration, and nutrient cycling—that the local ecosystem it replaces used to offer. In Denmark’s Kalundborg Eco-Industrial Park, several co-located companies exchange material waste, energy and water as an integrated ecosystem. This cooperative model is called industrial symbiosis.

This symbiotic approach is now being adopted in the services sector—which account for nearly 70% of global GDP. For instance, at Les Deux Rives, a business district in the heart of Paris, 30 co-located enterprises share office space, equipment, and services and recycle/upcycle waste as an integrated, synergistic network. Les Deux Rives aspires to become the world’s greenest business district.

If all manufacturers emulate Interface and Kalundborg and rebuild their factories—the major source of social alienation, resource depletion and industrial pollution for the past 200 years—so they operate generously and cooperatively, they will set a virtuous new benchmark in sustainability for all other firms to follow. And cities can emulate Les Deux Rives in Paris and set up “circular business districts” where co-located businesses share their assets and reuse and recycle resources synergistically.

What if the economy of an entire country were to operate like a BAN? This is the promise of the bioeconomy, a new paradigm aimed at transforming the whole economy to operate as Nature. The bioeconomy aims to stop using finite fossil resources as our main energy and material inputs and enable optimal use of renewable biological resources and ecosystems.

Using Nature as a source of innovation, the bioeconomy seeks to reinvent all agricultural and industrial systems (energy, food, construction, pharmaceuticals, textile) so we can produce healthier food, drugs, and other bio-products for more people with fewer inputs and greenhouse emissions. Germany, France, China, Finland, and the US coastal regions have taken the global lead in bioeconomy by establishing coherent policies, investing massively in green R&D and enabling public-private partnerships.

Humanity’s impact on Earth is so significant that scientists believe we are entering a new geological age—the Anthropocene. Scarily, this may be a short-lived era as we are damaging the environment faster than it can recover. If we want to survive and thrive, we need a fundamental shift in consciousness. We need to realize “We Are Nature”. We must become the humble students of Nature and tap its 4.5 billion years of wisdom to reinvent our economy, our society and our own selves. Businesses can show us the way.