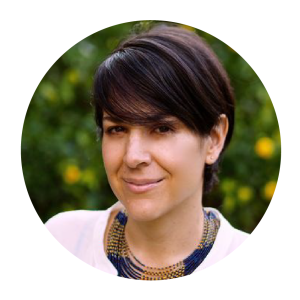 Coalitions of a decarbonized society

One of the defining tasks of our time is to create prosperity while decreasing greenhouse emissions. Progress is underway, but the scale and pace of the changes we see around the world are insufficient. As emissions graphs show, the world is still carbonizing. And yet the latest Intergovernmental Panel on Climate Change (IPCC) report says that being bolder about climate action — limiting warming to 1.5°C instead of 2°C — is doable, and would save millions of lives. In Latin America, for instance, limiting global warming to 1.5°C would help to prevent 3.3 million cases of dengue fever each year compared to a 3.7°C scenario.

The topic can be overwhelmingly abstract. So let´s speak about the tangible story of Costa Rica; a country that takes climate change seriously and whose 38-year-old President believes abolishing fossil fuels is our generation’s task. The country has one of the most ambitious Paris Agreement targets and its President has commissioned a plan to decarbonize its economy in three big phases. The first one, 2019-2022, will be announced in February 2019.

Underpinning this vision is a boost for transformational change, as the IPCC report confirms that incremental changes will not suffice. In order to work, the plan must be economy-wide. But unlike in most countries, some sectors in Costa Rica are well ahead: the electricity sector is nearly decarbonized, having achieved 99 percent of renewable electricity, and deforestation has been not only stopped but also reversed. Given its favourable conditions, we need the country’s decarbonization to work — if it fails, it means the task will be harder to achieve in more complex countries.

Costa Rica achieved renewable electricity, tackled deforestation and protected national parks all while increasing its economy and population. It is thus time to challenge the prejudice (or excuse) that a country needs to choose between development and environmental policies. True development respects natural resources and offers people a clean, dignified environment.

The fact remains that, in spite of the country’s track record (nearly 100 percent of Costa Rica’s electricity comes from hydropower, geothermal, wind, solar and biomass and the country used fossil-free electricity for 299 days in 2018), 70 percent of its energy consumption comes from oil. Its transportation system, like in most countries, was designed for internal combustion engines, and has a profound car-centric bias. The next step would be to reduce oil dependence to achieve almost 100 percent renewably powered transportation.

Latin America has one of the highest percentages of people using buses for public transportation in the world. Electrifying public transports makes sense and will bring concrete benefits to millions of users. Since its is an emerging economy, light vehicle fleets continue to grow as incomes grow – so private, governmental and commercial fleets must become electric too. Costa Rica passed the first law in Latin America to promote zero emissions electric transport. Three battery electric buses will be tested in 2019. The electric train has become one of the most tangible symbols of the modern Costa Rica, as the country turns 200 years old in 2021. This year, the government purchased the largest electric public fleet in the region —100 vehicles—, the national post office announced the acquisition of new generation electric motorbikes to make emissions-free deliveries. In addition, the first phase of the country’s electric vehicle charging infrastructure has been launched and should be completed by July 2019.

Decarbonizing the economy needs bold changes. Costa Rica’s boldest one would be to decarbonize its fiscal system, which still heavily relies on fuel taxes.

But make no mistake. There is resistance even in Costa Rica. New technologies will change the landscape of winners and losers. That is why citizens and consumers must participate in the transformation as much as governments and experts. The champions thus far are early adopters, clean tech entrepreneurs, climate action and sustainable cities advocates, bike activists, brave women in Congress, committed civil servants, and so on. Champions challenge conventions – often within their own institutions. So “coalitions for decarbonization” are critical and will make all the difference.

Building a fossil-free country is a daunting task — no society has done it yet. But one thing is for sure; Costa Rica is one of the countries that could achieve it, so we need the world to root for it. In Costa Rica’s Electric Mobility Association, we represent all users of electric mobility, whether electric buses, cars or motorbikes. We can all work together on decarbonizing the economy, in Costa Rica and around the world.