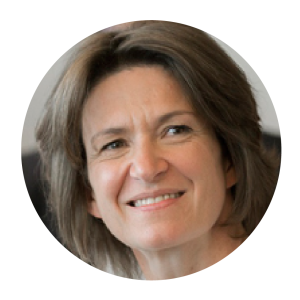 All too often we hear that energy access and the fight against climate change are conflicting priorities. While achieving the second goal means controlling global energy demand and lowering greenhouse gas (GHG) emissions, reaching the first objective could lead to the spiraling of energy demand and a fatal increase of GHG emissions.

Are we to choose between protecting the environment and the legitimate concern for social justice and decent living conditions of emerging and developing nations?

For the sake of nature, should we leave billions of people in a state of poverty and under-development? This is a false – and damaging – narrative.
Over 1 billion people on our planet do not have access to power. 2.3 billion people have no access to clean cooking. Modern energy is not just any commodity. It is the stepping stone to human and economic progress. Without energy, health, education, food security, economic development, mobility, employment are all significantly curtailed. In fact, each year 2.8 million people die due to indoor air pollution alone — most of them in Africa and Asia — from simply cooking or heating with coal or kerosene.

People in these regions are also disproportionally affected by the effects of climate change. Coastal erosion, storms, droughts and floods force people out of their homes and even out of their countries.

All this is happening at the time when clean renewable electricity is becoming the cheapest source of new energy infrastructure, and when new generation methods such as solar PV lends itself to a highly distributed arrangement.

Decentralized systems have demonstrated their ability to deliver reliable electricity to remote regions, at a lower cost than diesel solutions. ENGIE has taken a decisive step into Africa’s home solar market with the acquisition of Ugandan-based Fenix International. Fenix supplies power to over 250,000 homes in Uganda through the solar kits it sells in partnership with mobile network provider MTN.

Low cost, distributed systems should naturally lead to a solution for greater power availability in the regions that need energy the most. But they have not. Why?
I call it the paradox of the energy access: the technology that should make power generation available to all has not yet scaled up to completely address energy needs. The market conditions are preventing it from scaling up at the rate we need – especially in developing countries. The return is often too low for the investor, who is facing high risk of investment and yet the price is often too high for the local user in these regions.

Traditional approaches to energy generation and distribution have typically involved large expensive consolidated generating plants where economy of scale in generation makes power production cost effective. These very attributes mean that such projects, when approved, galvanize governments to the highest levels; policies and processes are clarified.

By contrast PV/Solar or wind technology can provide power cheaply to small remote communities without the need for expensive distribution networks. Investors and lenders in such areas must often track many small projects and understand the idiosyncrasies of each such local jurisdiction. Quite simply, these investments become often too complex and sometimes, too risky, to pursue to-date. We all stakeholders, private & public, need to help realign the market and find solutions if we are to solve the global access to energy challenge.

That is precisely the purpose of the Terrawatt Initiative project, which ENGIE, alongside several other companies, created in 2015 at the COP 21.

In order to speed up the installation of clean energy technology, all of these institutions need to work in unison. By creating common regulatory frameworks, countries can aggregate their infrastructure demands. Together, under common rules and standard agreements, renewable infrastructure projects can be evaluated and financed.

This movement has started with a first group of six African countries, Benin, Burkina Faso, Gabon, Mali, Niger and Togo, which launched an initiative this month to design and implement a regulatory framework for solar power, shared by all willing countries.

International institutions for development can also use their funds to help reduce risk through guarantees. Such broad guarantee instruments can help crowd-in investment capital by reducing risk. With 9B dollars globally locked into vehicles with zero or negative return, these projects expanding energy access can provide investments that are both economically viable and socially responsible.

As part of Terrawatt Initiative, we work to create this new ecosystem by working on all these different aspects simultaneously.

All together, the global leaders and organizations present in New York City during this Climate week can accelerate policies, solutions, business models and development needed to address this global challenge. We can ACT TOGETHER to make it happen.