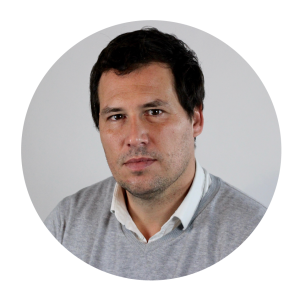 Journalist and director, author of The war of rare metals: the hidden face of the energy and digital transition (LLL Editions)

The energy transition will be a metallic one

From December 3rd to 14th, the world will have its eyes set on Katowice. The 24th United Nations Climate Change Conference (COP 24) will take place in this southern Polish city. Green Climate Fund (GCF) subsidies, carbon trading mechanisms, precise deadlines setting… 196 delegations will work for « the practical fulfillment of the Paris climate agreement, » signed in 2015 during the COP 21. As laudable as these goals might be, a significant stake risks to go unreported in Katowice: the vast amounts of mining resources necessary for the achievement of the energy transition.

Electric cars, windmills, solar panels, cities and intelligent network… All these « green » and digital technologies share the specificity of being highly metal-consuming. Technology minerals include basic metals such as iron, copper or zinc as well as less abundant ones. Cobalt, tungsten, Rare Earth elements, tantalum, vanadium, indium, or gallium are sought after for their great optical, catalytic or magnetic properties. These « small metals » are the lesser known base of digital and green tech, presented as environment-friendly.

We already consume over two billion tons of mineral resources each year, i.e., about 500 Eiffel Towers daily. Given these new needs, the German agency for mineral resources predicts that the demand for metals such as germanium could double up around 2035, that for dysprosium and tantalum could quadruple and needs for cobalt could be multiplied by 24. In a 2017 report, the World Bank estimated that lithium extraction, could, on the medium term, grow by 1000% because of the demand for batteries.

The energy transition is a metallic one. And yet, the 2015 Paris agreement on climate doesn’t say a word on environmental, economic and geopolitical challenges surrounding this new dependency. Words such as « metals, » « minerals » or « raw materials » aren’t even mentioned. Will we avoid this fatal mistake in Katowice?

The question is all the more crucial given that the environmental impact of rare metals’ extraction and refining contradict the incantatory spells on the coming of a greener world. In Chile, the Democratic Republic of Congo or even Kazakhstan, copper, cobalt and chrome extraction and refining go hand in hand with ecosystems’ pollution and massive sanitary consequences. China has paid a very hefty price. We visited the mining areas of the southern Jiangxi province and the Inner Mongolia Autonomous Region. We can testify about the paradox of green energies. So-called clean technologies require metals which extraction is particularly damaging. Likewise for « renewable » energies: they do not function without non-renewable ones. As for digital technologies meant to dematerialize our lifestyles, they benefit from phenomenal amounts of solid materials.

Which ones among these thirty heads of State expected in Katowice know about this darker side of green energies? In the West, the question was concealed from the beginning of the 1990’s. At the time, many States closed their mines and refining factories, deemed as too polluting, while less industrialized countries would take on this burden to catch up with their industrial delay. In other words, the westerners have delocalized green technologies’ pollution, and these political choices lead the world to a binarism between the dirty ones and those pretending to be clean.

The parenthesis of the « happy globalization, » with every resource handy, anywhere and at any cost, shuts down little by little. The « markets’ invisible hand » is not sufficient to smooth the new tensions around rare metals’ supply. We expect the first mineral resource shortages to happen long before petroleum ones! A question arises, incongruous yet essential. Could we fail in leading the energetic transition achievement, not due to a lack of agreement on either GCF or carbon finance in Katowice, on December 14th, instead because we will lack minerals and energies to industrialize them?

The COP24 could be the occasion to shut up the doom-mongers while engaging a courageous and practical dialogue on the necessary rationalization of mineral resources. A robust circular economy of metals implies tackling waste ending up in electric discharges on the African continent. This goal also means that we eco-design technological products, an essential condition for better recycling of rare metals (the recycling rate of some doesn’t go beyond 1%). The fight against planned obsolescence should as well be systematized.

A successful, energetic transition implies to rethink our economic models, that are too focused on short-term benefit and a religious seeking of the lower cost. The deployment of an economy based on functionality that gets most of its profits not from its products but its related-services is an inspiring track. The question of the frugality of our consumption habits is central because without adequate resource management, as the World Banks reminds, « a future founded on green technologies […] could ruin […] sustainable development goals ».

Finally, Western states will have to question themselves on the necessary reopening of the very mines they closed a few decades ago, in the name of an ecological ideal. « Responsible mining, » as suggested by some European governments seems like a sound policy. That action track is always better than the irresponsible mining policy currently prevailing in countries with less respect for the environment and would depollute the production cycle of green technologies. Furthermore, COP24 organizers claim that they work on « inclusive and fair transition »… These words can be coherent only if top industrialized countries agree to share the mining industry burden with poorer countries that endure the damaging side-effects of a greener world nowadays.

With these action plans, COP24 negotiators would side with the « off-the-ground » approach of energetic transition that has prevailed so far. History would remember that they were among the firsts to mitigate the side-effects of our quest for a more livable planet. These dangers are as significant as those we aimed at solving, and that we haven’t realized the entire magnitude to this day.