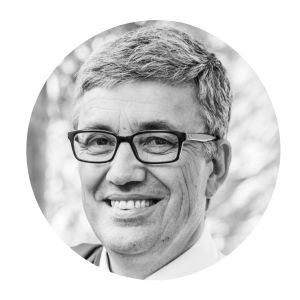 Using the Internet of Things for the energy transition

The rising power of the digital age, directly connected to the advent of the Internet of Things (IoT), has paved the way to improving energy efficiency worldwide. And since the international community is trying hard to reduce its consumption of fossil fuels, it would be a serious mistake to miss such an opportunity.

At the beginning, digital technologies served as a springboard for connecting people around the world, transforming the way we communicate, interact with each other and consume information. Who could have imagined, back in the day, the scale and impact that the digital revolution was to have on our interactions, on our work and consumption habits and on our culture? Since then, things have evolved, widening the scope of possibilities. Today, more than four billion people are connected to the Internet, crossing the threshold of 50% of the world’s population.

We are now entering the second stage of the digital revolution — the one prompted by connected objects and the cloud. While connecting devices, machines and other objects to the cloud used to be unaffordable, it has become a reality both in industries and in many people’s daily lives. The IDATE DigiWorld (formerly the Institute for Audiovisual and Telecommunications in Europe), a think tank specialized in digital economy, estimates that 15 billion objects are connected to the Internet today. There were four billion in 2010. And with 300 devices connecting to the cloud every second, this figure could reach a global 50 billion by 2020.

There are 10 times more machines than human beings in the world, and they have the capacity to produce denser and more predictive data than humans, resulting in an exponential growth of data that gets stored both in the cloud and in data centres, which consume tremendous amounts of energy. Adding to this growth, the power of computing, driven by the evolution of artificial intelligence, and the growth of new consumption and payment methods, such as bitcoin or blockchain, are equally energy consuming because of their storage needs.

Here is where energy efficiency comes into the picture. Digital technology allows us to place intelligence at the heart of all our activities, and is becoming increasingly popular in the field of energy efficiency. It is now possible to heat only the occupied rooms of a house, or to charge one’s electronic devices or car only when the electricity grid generating capacity is most available. As a result, it is possible to achieve a sharp reduction in greenhouse gas emissions in the long run, which is essential if we want to contain the effects of climate change. However, we need to go further — particularly in the housing, energy and smart cities sectors — in order better integrate renewable energies to the mix.

Given this context, companies must fully seize the digital revolution as an opportunity to boost the energy transition. It is the whole reason why Schneider Electric unveiled, during COP21, its intention to become a carbon neutral company by 2030. Our commitment toward the digital transformation of the construction industry, among others, is proof of it. Our EcoStruxure platform, to give one example, gathers applications based on the Internet of Things to analyse energy consumption data and make it more efficient. Today, nearly 50 percent of our digital solutions are « connectable, » allowing users to control their energy consumption and to reduce both their expenses and their carbon footprint.

We have also created a business incubator at Station F, in Paris, alongside Microsoft, hoping to stimulate AI development applied to energy management, especially in the building sector. In addition, Schneider Electric Ventures identifies, develops and supports innovations that have the potential to contribute to sustainable development and energy efficiency in the future.

After the human connection, the connection of objects defies us to seize the opportunities brought to us by the digital revolution to reach our carbon neutrality goals. Let’s participate in what could potentially become the third stage of this revolution: the (re)connection to the planet.